Randy Most plays a silver trumpet with a mute at the end of his horn. He’s adding colorful hits over the melody to the jazz standard “Autumn Leaves.” The piece sounds crisp and polished as the Jazz Standards ensemble runs through the tune.

Fall 2017 was Most’s first semester back at school since he started working decades ago. Through a senior citizens program, for adults 62 and over, Most can enroll in classes at the university for free.

“I’m retired,” said Most. “A few of my friends were doing it so I said why not? I registered late so I did not get a chance to get into theory class and all that. The only classes available were musicianship and this jazz ensemble.”

Like many young students, Most began learning his instrument in 4th grade.

“I’ve been playing for a while,” said Most. “They asked if anyone wanted to be in the band. I said sure. I’ll try it. The music instructor gave me a trumpet, so that was it.”

Most is not the first in his family to play music. His father played trombone, though stopped before Most’s time. For Most, this is what he does.He’s kept up with music and his horn since he started in school. He joined his first band at 12, just Most and a keyboard player.

“You know as a kid you start your local band and I just kept playing,” said Most. “Mostly R&B, even right now I play in an eight-piece old-school R&B band.”

Most’s group plays in the Connecticut area. He’s got a pair of shows on the radar, one at Terminal 110 over by Long Wharf, and another up in Hartford.

Despite being musically active for all of his career, Most came to Southern to receive a formal music education and learn more about the mechanics of music.“

Back in school I learned the fingerings,” said Most, “but I never learned theory or anything like that. I’m coming back so I can get some of that. Now I’m just trying to match my head with my ears.”

Starting school again, Most felt excited and nervous to return. He felt behind his peers theoretically, until he hears a song he knows. Now, he’s learning more about breaking down the relationships between music elements like chords, and he’s even able to draw from that and apply it to his gigging career.

Although, it’s not just Most that has this opportunity to head back to school. According to Frank LaDore, Director of Academic and Career Advising, about 100 Connecticut citizens enroll in the fall semester through this program, and about 50 and 60 in the spring. He said that usually the people who register for classes at Southern are repeaters who keep coming back.

“How it works,” said LaDore, “is they register the Friday before school starts.”

LaDore said because the rest of the student body needs to fulfill specific requirements to graduate as quickly as possible that senior citizens have to wait so late to register. When the time does come, they pay a registration fee and they can take up to three classes as part-time students.

“And if they go full-time,” said LaDore, “their tuition is waived, but then there are fees involved so it’s a little bit more expensive. They have to pay general fees, which come out over $1000, but it is still a discount.”

Depending on the individual, courses can be completed for a variety of reasons and end.

After working for 12 years with senior citizens as part of the job, LaDore has seen a lot of different outcomes.

“We have seen people who have accumulated over 200 credits, who end up getting a degree if they like,” said LaDore. “Some do it just for enrichment.”

The process has changed according to LaDore. When he first started, computers, for example, were a new barrier for a lot of seniors looking to register. On registration day, seniors would come in, taking a number, and wait to be assisted registering for classes that are open.

“Nowadays,” said LaDore, “some of them are more computer savvy. They are registering themselves. In terms of advising, if they want a degree, they get an academic adviser, whether it is with the Interdisciplinary Studies Department (IDS) or any department they get an adviser. But for registration day, it’s me and a couple of people from the Registrar’s calling them in, saying what do you want to take, and we will register them for you.”

While the program has never received an official title, LaDore said most people simply call the process senior citizen registration. Though, he remembers that once someone referred to it as “the golden age of registration.”

Despite the initial wait to register, seniors have some privilege when enrolling for classes.

“The prerequisites for almost all classes are waived, because they are doing it for enrichment,” said LaDore. “There are some programs like Social Work that there are set spaces and you need to have some credentials to be in the class, so we can’t waive those perquisites – honors is the same thing. But most classes, LEP classes, major courses, don’t need the perquisite to take the class.”

Now, LaDore said, that beyond the direct benefit of seniors taking classes, the meeting of different views in the student body is a good thing.

Nissen Weisman, a Music major in Most’s ensemble, plays the violin. Playing with different musicians with other instruments presents to Weisman different ways of approaching his instrument.

“There are tonal and timbral differences,” said Weisman. “The essential sound is a blending process.”
Depending on the voices sounding, he changes the way that he plays. Especially in Jazz, musicians constantly reflect ideas off of one another.

“I’m always listening to the accompanist while improving,” said Weisman. “You build off of each other. You might build up to a climax. The band can read it differently. You are always listening to each other. In the Jazz Standards ensemble or in any band eventually you are past thinking about performing. One gesture is all you need to communicate to the band how to play. The sense of blending never stops. You become one.” 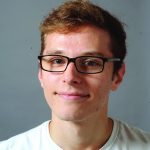 A Different Level of Competition