The Truth Behind Concussions

Matt Sanzaro suffered a concussion this season as starting quarterback when his helmet fell off during a game at Bentley University.

“It was a rollout pass and the ball got tipped up and it actually came right back to me,” says Sanzaro, a junior. “I tucked and ran and ended up bumping into [teammate] Dan Carbonaro, which knocked my helmet off. Me being stupid or whatever you want to call it—a competitor—I attempted to keep running with my helmet off and some kid led with his helmet and made contact right on the side of my head. Right when he hit me, it just got spotty.”

The “spottiness” that Sanzaro describes is just one side effect a person may experience when suffering from a concussion.

“Concussions are a form of traumatic brain injury caused by either a strike or jolt to the head,” according to the Centers for Disease Control and Prevention. In addition, concussions can occur when “the body is struck hard enough to cause the head and brain to shake rapidly. This can cause bouncing or shifting of the brain, manufacturing chemical changes and occasionally stretching and injury to brain cells.”

Concussions have been diagnosed in all National Collegiate Athletic Association sports according to a 2014 NCAA concussion study. While wrestling and both men’s and women’s ice hockey have a higher reported annual average for concussion rate, football is where the mainstream focus is.

“Football seems to be the sport that’s in the limelight all the time,” says football head coach Tom Godek, “as opposed to them looking at all the sports and all the things that the other types of athletes are doing, [as well as] the game and how some of those people are getting a concussion or what’s attributing to concussions.”

Head athletic trainer Lisa Dupuis says, she has encountered hundreds of concussion cases at multiple different colleges and universities throughout her 24-year career. Some hits have been so brutal, she immediately knew a concussion occurred.

“I had a basketball player who essentially took a hard-upper cut while he was going for the ball,” says Dupuis. “He was down on the court and I actually had not seen the upper cut, but he was laying down on the ground and I tried to speak with him—he could not speak. He had something called aphasia, which was his primary symptom, and so I knew right away that there was a significant injury there.”

Dupuis says trainers put athletes through a detailed protocol at the first sign of a potential head injury.

On the sideline of a game, Dupuis says they have a sideline assessment of concussion, which is a quick cognitive evaluation to determine the extent of a potential injury. This method tests memory, concentration and processing; essentially, she says, they are testing how the brain understands instructions and senses.

There are more advanced tests for more serious concussions, she says.

“We’ll also do a symptom assessment scale where we’re basically determining how they’re feeling,” says Dupuis. “There’s also pieces like for really significant concussions: What’s their level of consciousness? Are they oriented to time and place? So, all those pieces go together to kind of assess a concussion.”

“There’s multiple pieces involved and we’re assessing a lot of things because [a] concussion can develop in a lot of ways so not everyone is going to have the same symptoms,” she said.

The classic movie scene where someone asks, “how many fingers am I holding up?” is not too far off from certain parts of the protocol.

“[On the sideline] The SCAT5 is the latest version,” says Dupuis. “In the SCAT5 there’s different sections that we go through…Ask them ‘what day is it, where are you, what’s the score of the game, what half are we in,’ those kinds of questions orienting them to time and place.”

The test continues to monitor coordination as well, such as fingertip to nose to track their eye movement. Concentration is assessed by reading numbers forwards and backwards.

“So, we read it to them forwards and they have to repeat it to us backwards,” says Dupuis. “The strings get longer and then after that; a period of time will have passed between those pieces. Then we go back and ask them to remember the words that we tested them on before, so it’s still short-term memory but it’s a delayed memory recall, is what it is.”

“From there we will assess their balance using that modified BESS, which is basically having them stand on two feet, then they stand on one foot, then they stand in tandem, and we’re looking for sway. So, a healthy brain will be able to maintain those positions in an athletic person without them falling over. If they have a concussion, they will have a difficult time doing that.”

Dupuis says athletes can have some errors in the assessment processes without being diagnosed with a concussion.

“There is a value that has been determined as statistically significant, so if they score below that value, we diagnose them with a concussion. The part of diagnosing a concussion is not they failed this one test; it is kind of how did they do on this, in conjunction with this, as well as this with this.”

Dupuis said there is a template all trainers at the NCAA level generally follow.

Part of the “return to play protocol” for student athletes after suffering from a head injury is reporting to medical professionals when the last time, they had a headache was and whether or not they have been feeling fatigued.

After suffering the injury in week two of the 2018 season, Sanzaro says his focus was on not missing the next game, rather than his health.

“I was kind of like fabricating it a little bit and saying I didn’t have much of a headache and wasn’t really fatigued,” he says, “but honestly I was and that’s on me because I knew I wasn’t healthy enough to play.”

Sanzaro says his decision in rushing back to the field ultimately delayed the recovery process. If he could go back in time he would “absolutely” be more honest when answering questions about his health and symptoms.

Assistant Director of Student Involvement and Leadership Development for Campus Recreation and former club rugby coach Andrew Marullo says there is always a trainer at home games for high risk sports. These sports include ice hockey, men’s and women’s rugby, lacrosse and cheerleading. 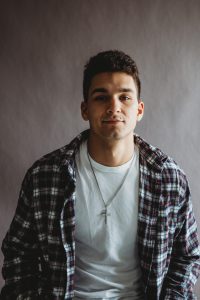 “Our coaches are getting more cautious,” says Marullo, “they want their players to play but they’re not willing to risk them having a head injury for the team. They’re pulling them out and telling them to go see the trainer before letting them continue to play.”

Graduate intern Abby Bamberger is the current trainer on the sideline for all club sports. She says coaches are cooperative with her in ensuring players who suffered a potential head injury stay out of the game.

“The coaches are completely on board with me, at least that I’ve encountered here,” says Bamberger, “with pulling people out and saying ‘shut them down, it’s not worth it.’”

In rugby, despite players not wearing helmets, Marullo says the way players tackle is much different than football and helps prevent head trauma.

“In rugby you’re pretty much always taught tackle behind the ball carrier,” says Marullo. “You’re taught to go ‘cheek to cheek’ which is cheek to a butt cheek. It’s the softer parts of the body and you never cross your head in front of the body because you can get a knee to the head, elbow to the head and things like that. It’s really just basic positioning and protecting yourself.”

Godek says teaching proper tackling in football can help prevent concussions, but it is not a complete solution.

The NCAA and NFL have already made various rule changes to protect players from concussions and other injuries. One rule change being discussed by league executives is removing kickoffs completely from the game of football.

“It’s impossible to stop all the concussions,” says Sanzaro. “You’d have to make it two hand touch or flag. [Removing kickoffs], that’s like taking away a huge part of the game. I think in a couple years the game of football is going to be drastically changed. In five to 10 years it’s going to be totally different.”