What scares students, and why?

The fear of failure, heights, loneliness, being out of control, and of growing up. Whether it is a concrete activity or an abstract concept, many may relate to sharing one, if not more, of the fears that seven students chose to share.

Miranda Holland, a freshman biology major, says “growing up to be boring” is a fear of hers.

“I can’t imagine that,” she says. “Being inside all day.”

Reflecting on her past jobs she says, they have all been outside and active.

“I love doing them. The idea of not being able to work outside all day, it’s almost like a fear of getting older or being old and boring,” says Holland.

As a freshman, Holland feels the pressure of life. 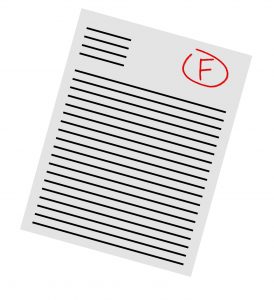 “I think about getting into a career that won’t excite me forever or that I’ll be bored with, I’m living in the moment now, but it represents something bigger, and I’m afraid that I’m making the wrong choice and that what I’m interested in now is just a phase.”

However, Holland often remembers that careers can be switched.

“I think it’s something we all fear, but we don’t talk about. I think a lot of people will settle later on,” Holland says.

She says if someone has a fear, they should take time to ponder it.

For sophomore and biology major Christian Ramirez, his fear of hopelessness, and of not being in control of a situation is an experience he has never had and hopes not to.

“I don’t like being put into positions where I can’t control if something’s going to happen to me. I can’t do anything about it,” he says.

He continues: “When you’re put in a spot that’s dangerous but you can’t do anything about it. The fact that your helpless or that you can’t defend yourself, it’s a really bad way of going.”

When asked if he experiences this fear on daily basis, Ramirez says, “Not yet…I think that makes the fear worse. It’s something that you could get over with more experience of it, it makes it worse when it hasn’t happened yet.”

Cassidy Maciel, a sophomore communication major, expresses her fear in terms of breaking the boundaries of this anxiety daily.

“I absolutely constantly think about this.” Maciel says. “I’m most afraid of failure. I hate setting myself goals and very lofty ambitions and not being able to achieve them.”

As a student involved in on-campus clubs while also balancing academics and social time, Maciel says, she has put too much on her plate.

“But I don’t like the idea of saying I can’t do something,” she says. “I like to try and work through it.”

For others who may struggle with familiar feelings, Maciel offers a word of advice: “You have to pace yourself and take a deep breath. Sometimes just taking a step back absolutely can help.”

Junior communication major Benjamin Palmieri says he is afraid of falling and dying.

“I have no depth perception,” he says. “The main things are heights and being alone. It sucks when people change and you have to let them go. A lot of people aren’t vocal about being alone because you’re showing emotion.”

Breaching a much bigger concept, Palmieri says: “I don’t care, I’ll say how I feel. In society, especially with guys, if they say they’re feeling sad, they’ll be judged masculinity-wise. Everyone should be able to say how they feel and not be judged.”

For sophomore business major Troy Gallipoli, fearing something he has control over is what he finds himself worried about. He says he is afraid of procrastinating and it is disrupting his college success.

“If you don’t put all your effort into something, you’re only going to get what you put in,” he says. “You won’t get the results that you desire if you only put half your attention into something.”

Gallipoli has worked on being timely and planning ahead but still finds himself slip into the mindset.

“When I’m procrastinating, I know I’m doing it but it’s just like ‘I would do anything to not have to do this project right now,” he says. “It’s definitely my biggest obstacle to overcome in my college career.”

For those who struggle with similar procrastination issues, Gallipoli says, people should be goal-orientated. He says it is difficult to not be driven to pursue a goal but working toward something will get people somewhere.

He says he continues to practice good strategies to keep from procrastinating and encourages others to keep themselves motivated.

Expressing this sense of fearing loss, he continues: “This world is a scary place and being alone, it is scary. When you have people that you love around you, you feel like you can conquer [anything].”

He says he would help anyone who needed his assistance—family or not.

His message for others who may struggle with overcoming their own fears: “It’s all in your head, you can always conquer anything.”

Michel’le Langley, a sophomore majoring in social work, has a fear of snakes that keeps her from venturing out into certain parts of Southern’s campus.

“There’s this wooded area near Southern and you have to walk around. I hate walking and thinking there’s something that’s going to crawl out.”

Having a fear of snakes since the age of 7, Langley explains: “The elementary school I went to was in the woods, there was a ranger station and they’d bring out snakes. This one girl, the snake bit her finger and I was like, ‘No.’”

Langley grew up in a family where snakes were a common fear.

“My grandmother hated snakes,” she says. “I haven’t tried (to overcome it) and I don’t want to.”

Then to Now: 125 Years of Southern

A Student’s Guide to Music Venues

A Student's Guide to Music Venues